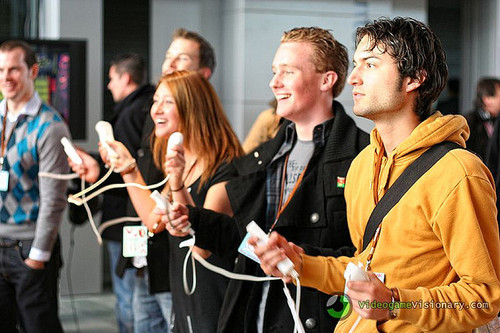 Social-media marketing is often perceived as a mysterious and powerful beast, but video game maker Activision doesn’t see it that way. Activision has tamed YouTube for its national and international marketing campaigns, and this is how the company is doing it.

Though it may seem like YouTube is all about funny animal videos and poorly produced cover songs, the video-centric social network has been a staple in video game culture for about as long as the site’s been around. Passionate gamers know the site for its healthy library of game trailers, homemade walkthroughs (guides), news, commentary, parodies and more. Activision understands this, and the company develops content exclusively for YouTube in order to rouse up passion for new and upcoming games.

You may be surprised to learn that YouTube viewers watched over double the hours of gaming videos than other types of videos in 2012. In other words, YouTube is one of the industry’s cultural hubs, where gamers of all types and ages unite to enjoy gaming beyond games. As usual, the old saying applies, “go to where your audience is.”

Ad Age does a great job of breaking down Activision’s entire strategy for YouTube, so I suggest you check out the full article. However, one tactic really stands out.

Prior to major gaming expos, trade shows and premieres, Activision invites some of YouTube’s most popular content creators and curators to real-world presentations, which include the distribution of exclusive information and video assets, such as clips and trailers. Promotional giveaways also play an important role at these events. The YouTube stars are sent home with brag-worthy bags of promotional swag, such as custom shirts, cups, accessories and keychains, which the YouTube stars sometimes give out to their own audiences. As a result, the promotional items are a low-cost and effective way to catalyze buzz about the brand between fans, not just the YouTube stars.

The exclusive events make it easy for Activision to spread information, hype, trailers and clips on YouTube because the company doesn’t need to directly develop and hold an audience. The content creators and curators have already taken care of that. All Activision has to do is get the right content to the right people, and those “right” people will repackage the content into a form that best suits their audiences. From there, the information will naturally spread throughout Activision’s fan base. Easy, right?