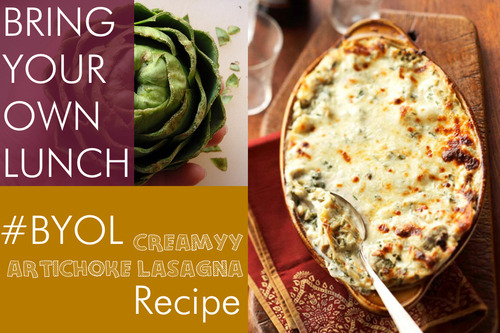 Every week, we suggest a fascinating, unique and delicious dish that is easy to reheat at your office lunchroom. This week’s #BYOL recipe: Creamy Artichoke Lasagna.

#BYOL (bring-your-own lunch) recipes are more often healthier (and, of course, tastier) alternatives to eating out for lunch at work, but naturally being human, we can’t always stick to what’s better for us. Every so often, we need a heartier, fattier dish to get us through the day, and this creamy artichoke lasagna is sure to hit the spot.

Most Italian food is perfect for a #BYOL day at the office, so this delish entrée is certainly worth an hour or so if lasagna dishes tickle your fancy. So what’s in it? 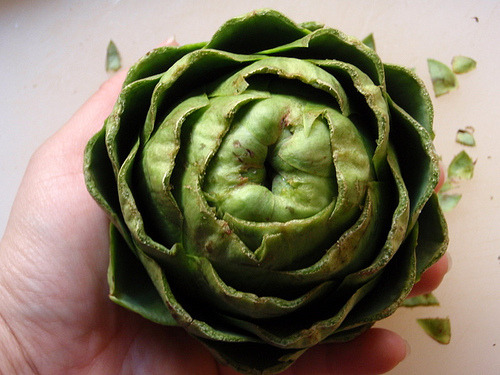 + Preheat your oven to 350 degrees Fahrenheit.

+ Slice off the base of each artichoke, and snap off the outer leaves until you only have the yellow leaves left. Then, slice off about a third of the top of each artichoke. Place the artichokes in a bowl, and add the lemon and water. Slightly stir, and leave it for now.

+ Heat up the lasagna noodles. Drain them, and rinse with cold water. Drain the artichokes too.

+ Drop a pan on the oven. Drop two tablespoons of the olive oil on the pan. Set the flame at about medium. Add the artichokes, pine nuts, and half of the garlic clove. Cook for about 8 minutes or until the artichokes feel rather tender. Don’t forget to continuously stir. Drop the contents of the pan into a separate bowl, and stir in the ricotta cheese, half cup of the parmesan cheese, half cup of the basil, the egg and the salt. + In a bowl, mix the broth and flour together. In your shiniest saucepan, heat up the remaining olive oil. Mix in the rest of the garlic, and cook until tender (but don’t brown it). Throw in the flour mix and half and half. Heat until it’s all thick, bubbly and delicious. Turn off the heat. Quickly add the rest of the basil.

+ In a separate bowl mix the mozzarella cheese and the rest of the parmesan cheese. 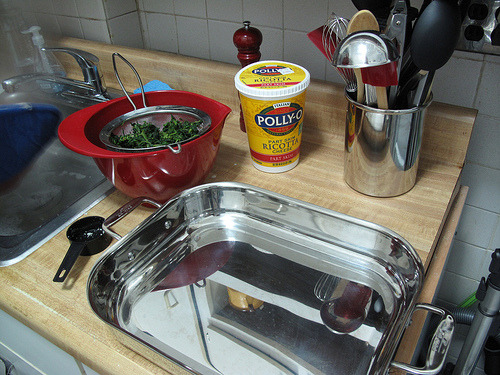 + You’ll need an ungreased 3-quart baking dish that is shallow, not deep.

+ Spread about a cup of the sauce into this dish. Layer three noodles in the dish, and spread the artichoke mix over the noodles. Add the rest of the sauce. Sprinkle about a half cup of the cheese mix over all of it.

+ Repeat this process until you run out of ingredient.

+ Bake for 35 to 40 minutes, uncovered. You’ll know it’s done when the edges should bubble up and the top lightly browns.

+ Thank Midwest Living for the recipe, and eat it up!

Join the conversation on Facebook, Twitter, Pinterest, Google+ or Linkedin, and stay ahead of the game with an occasional laugh, non-stop marketing advice, free fonts, easy-lunch recipes and more. Brought to you by AnyPromo.com.