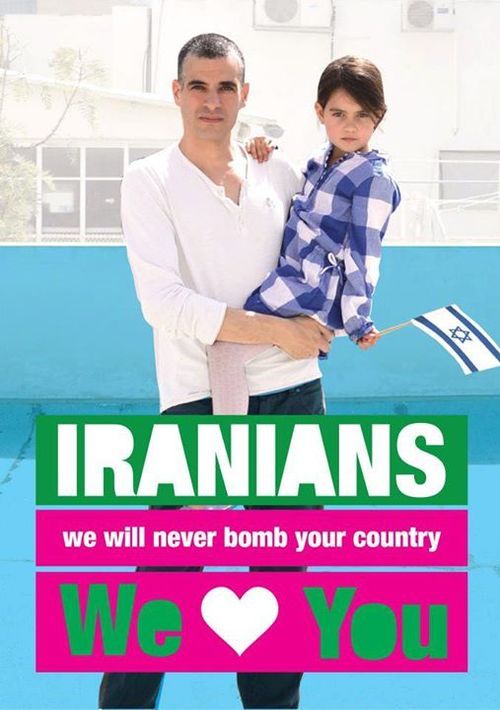 An Israeli graphic designer’s poster campaign to prevent war between his country and Iran is a viral hit on the Web, and now people around the world are designing and sharing their own posters with the same purpose of peace. It turns out marketing can do much more than sell a product; it can sell peace.

Enemies of war are almost always defined by the nations at war, not the people of those nations, but isn’t that rather unfair? After all, the media can only thrive in the midst of conflict, and that means we’ll only see the worst of our “enemies” when we watch TV, listen to the radio, or browse our favorite blogs. But what happens when we aim to see our supposed enemies as brothers, simple folk just trying to make it in this world? That’s what Ronny Edry has achieved with his non-profit campaign to illustrate the commonality and bonds that we share with the people of the nations that our political leaders hope to shoot and bomb At TEDxJaffa, Edry shared his story with an eager crowd of marketers and out-of-the-box thinkers. It all started when he listened in on two people casually discussing War against Iran as if it was just another topic in the news, and that’s when he began thinking about how he could change the way we all perceive Iran, or at least the people of Iran. His answer to the problem would be in graphic design, a poster campaign to be more specific. As a graphic designer, this was the obvious way forward.

His first poster would feature his own daughter, a simple shot of his daughter in his arms with an Israeli flag in her hand. The poster reads, “Iranians, We <3 You.” It quickly went viral all over the Web, and then…

So my first reflex, as a graphic designer, is, you know, to show everybody what I’d just seen, and people started to see them and to share them, and that’s how it started … I went to my neighbors and friends and students and I just asked them, ‘Give me a picture, I will make you a poster.’ … And that’s how, really, [it] unleashed, because suddenly people from Facebook, friends and others, just understand that they can be part of it. It’s not just one dude making one poster, it’s — we can be part of it” 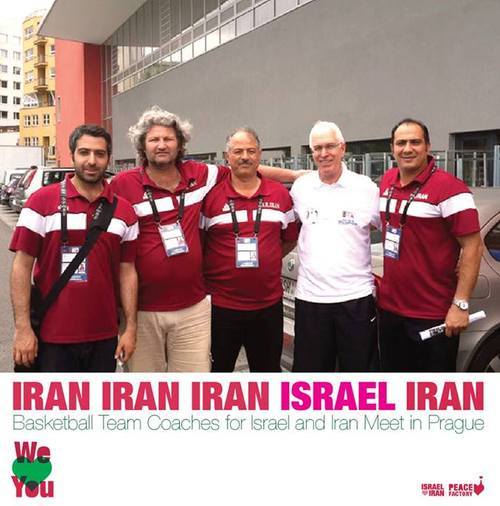 It seems that when regular, everyday people realize that their supposed enemies are also regular, everyday people just like themselves – people just going to work, raising their families and reaching for their own dreams – the conversation about potential war shifts to a conversation about potential peace. And if this conversation continues, the politicians in either nation may not have the support that they need to volunteer their people to slaughter others and to be slaughtered themselves. The campaign continues to be a hit on the Web and in the physical world as well. This sensation is spreading not just in the Middle East but in all nations, such as the United States, where war is a very real possibility in the next few years. 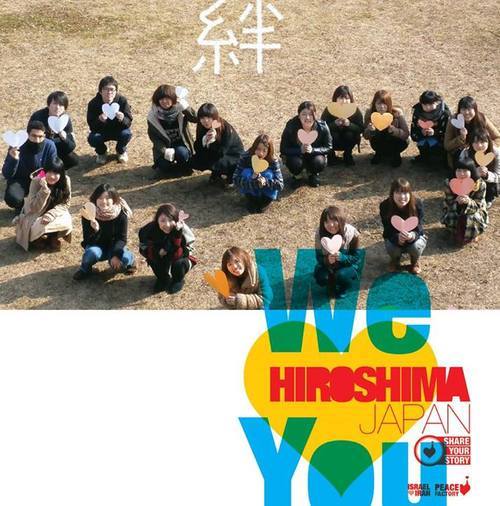 Join the conversation on Facebook, Twitter, Pinterest, Google+ or Linkedin, and stay ahead of the game with an occasional laugh and non-stop marketing & business advice, news and analysis. Brought to you by AnyPromo.com, raising cause awareness with promotional giveaways and marketing supplies.