Newcastle steps into the social-media ring with Budweiser, but the outcome of the fight may surprise you. In the social space, it turns out the fans are in control, not the brands.

Towards the end of July, Newcastle had a seemingly brilliant idea: poke fun at Budweiser’s latest marketing ploy, a bow-tie-shaped can. This fight is about a month old, but that’s just enough time for the dust to settle in order to clearly examine the results.

Budweiser’s new can takes the shape of the bow tie in the Budweiser logo, a silly change that clearly has no effect on the beer inside the can.

In an attempt to differentiate itself from beer brands that focus countless dollars on pointless changes to the can instead of the actual beer, Newcastle posted the below image on its social media channels with the the following message.

“Introducing the new, #Newcastle bow-tie can. It’s our regular can with the sides pushed in. Innovation! #NoBollocks”. 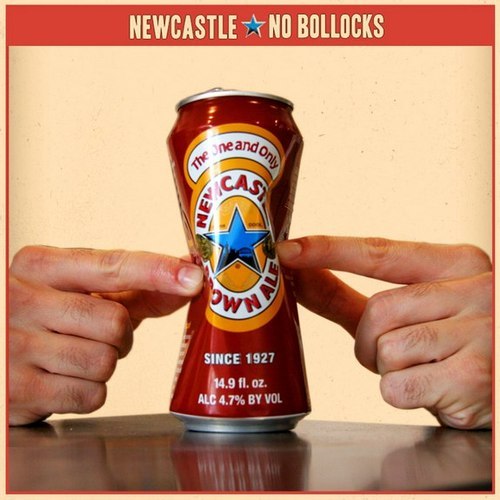 The intent is to get “real” beer fans to pay attention to Newcastle – the kind of fans that don’t care for color-changing paint, bigger mouth holes, and bow-tie cans. However, the social-media battle sparked up some backlash from those “real” beer fans, the same ones Newcastle was trying to attract. Soon after Newcastle’s joke, a Facebook user posted the following comment to the photo.

“Is that to hide that fact Newcastle is not using Toasted barley to get its golden or deep brown color; however, in this case, Newcastle is colored artificially with caramel color?

This caramel coloring is manufactured by heating ammonia and sulfites under high pressure, which creates carcinogenic compounds. If beer companies were required by law to list the ingredients, Newcastle would likely have to have a cancer warning label under California law because it is a carcinogen proven to cause liver tumors, lung tumors, and thyroid tumors in rats and mice.”

It turns out that calling attention to Budweiser’s “fakeness” caused fans to shine a super-bright spotlight on Newcastle’s “fakeness”. The comment was just one of the first in a massive social-media backlash over a simple joke. Newcastle later responded with an official statement that suggests that the company will look into alternative ingredients that achieve the caramel color, but it’s so far unknown if Newcastle is just calming the crowd with empty promises.

Join the conversation on Facebook, Twitter, Pinterest, Google+ or Linkedin, and stay ahead of the game with an occasional laugh, non-stop marketing advice, and downloadable fonts for your marketing materials. Brought to you by AnyPromo.com.